Get great contents delivered straight to your inbox everyday, just a click away, Sign Up Now
Top

With the 1980’s themes being seen everywhere I thought I would re-visit my favorite birthday party from growing up and give my son an updated version for his birthday this year!  Do you remember your favorite birthday party as a kid?  I bet there wasn’t a jumpy house or game truck involved!  Additionally, I wanted to get the kiddos outside to enjoy the festivities and let’s be honest, to avoid a dozen kiddos destroying my house.  But if you can’t be outside you can definitely do these games indoors. 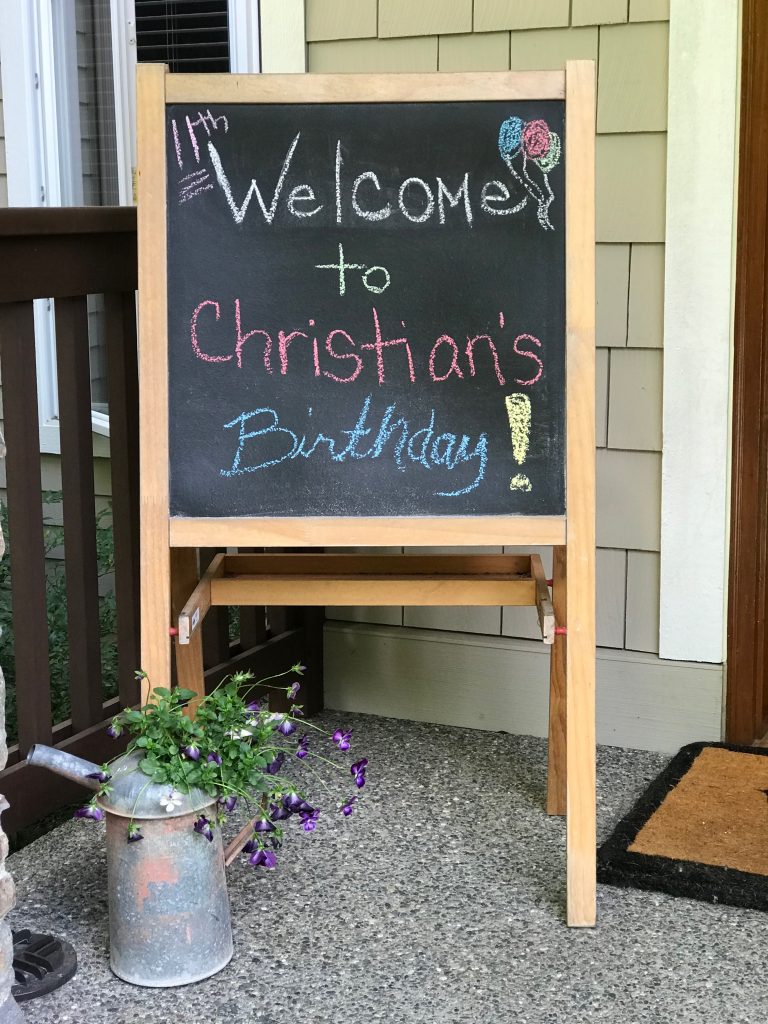 Here are the 5 games that were played at Christian’s Party Palooza:

We started with Dizzy Mummy.  This game was played with partners.  One teammate held the toilet paper and the other was the spinner.  The goal was to wrap your partner without tearing the TP and finish the roll first!  This one had some laughs for sure and some falling too! 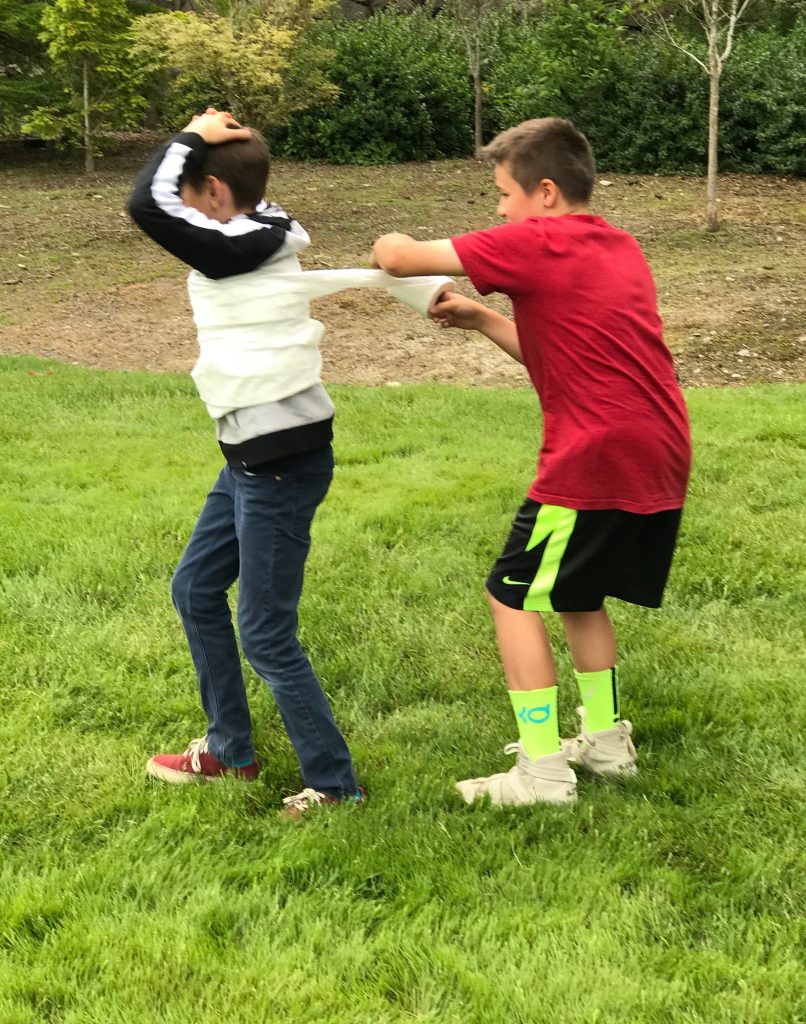 The second game was a version of another game that I found called Bucket Head.  We played with mini-marshmallows and sand buckets.  This one was also done with a partner.  The object was to toss as many marshmallows into your partner’s bucket in 1 minute.  The catch was your partner had to be kneeling down and keep the bucket on their head!  We counted the caught marshmallows to award the prizes to the winning team. 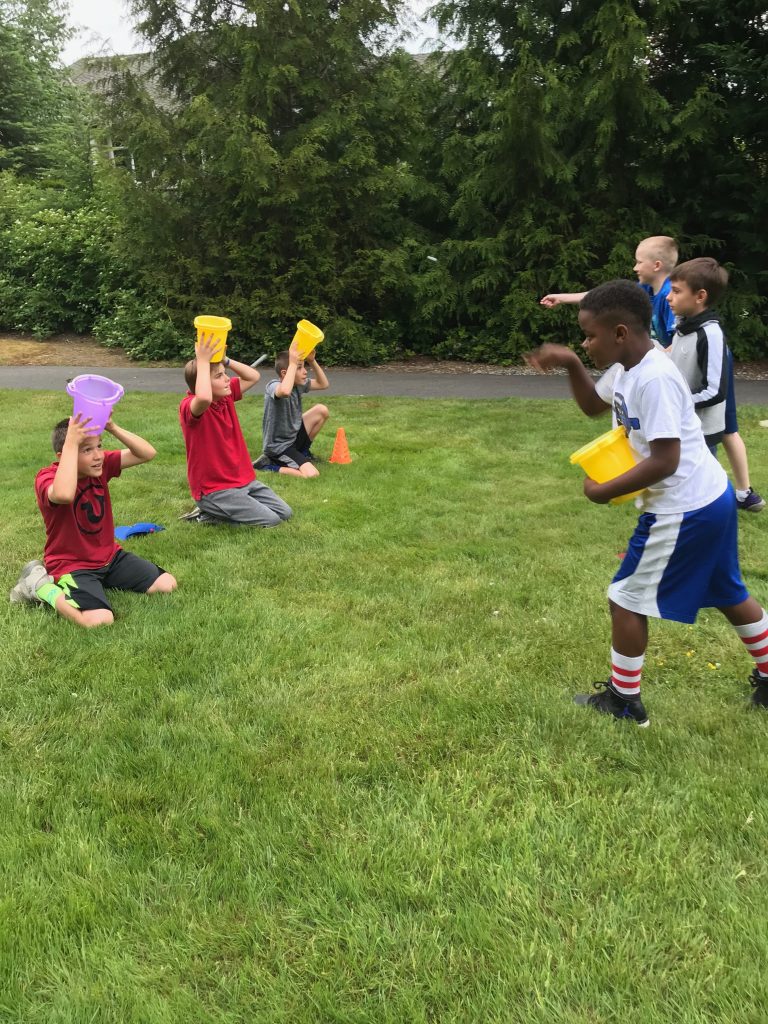 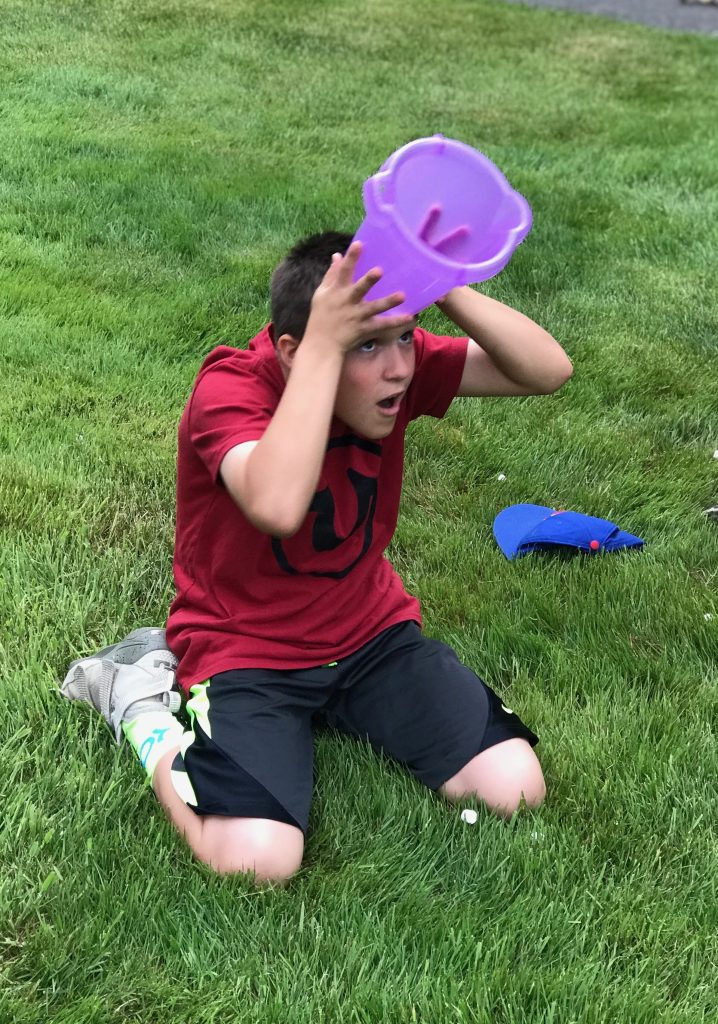 Next up was the Spoon Race.  I remember playing this with eggs.  I made it a little cleaner and chose limes as the object to not drop and made it a bit harder for these bigger boys by making them hold it steady in their mouth instead!  They all started on the line and the first to pass the final cone won!  If they dropped it they had to start over.  This was a great way to encourage a never give up mentality even though the kids probably didn’t get that lesson. 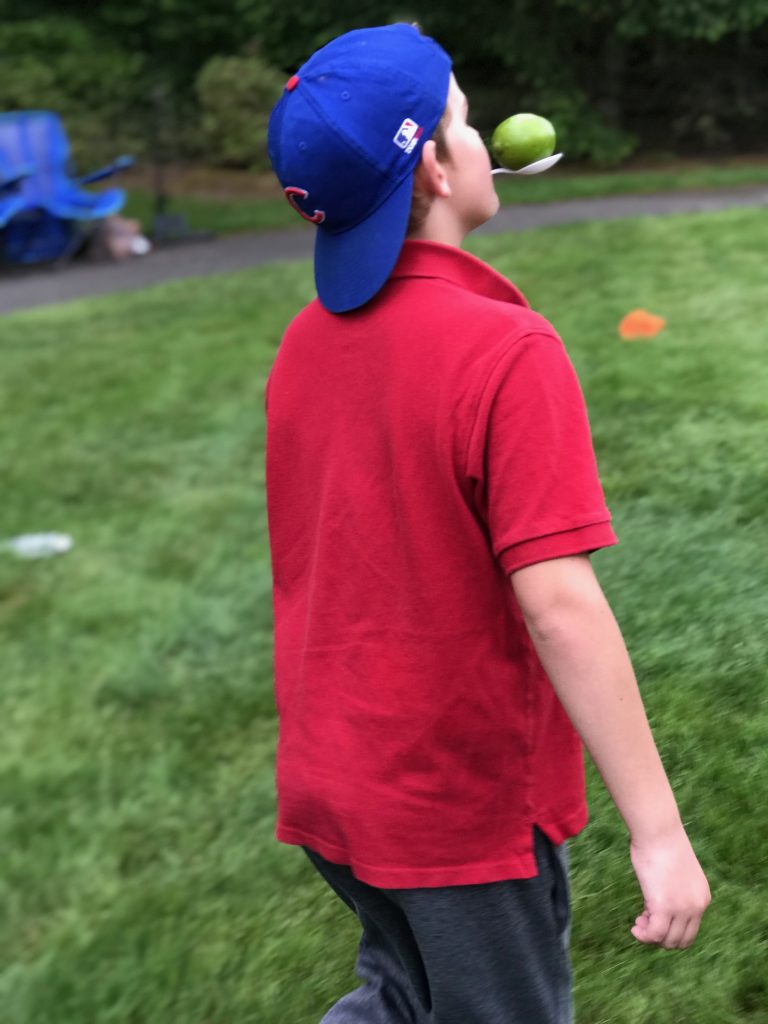 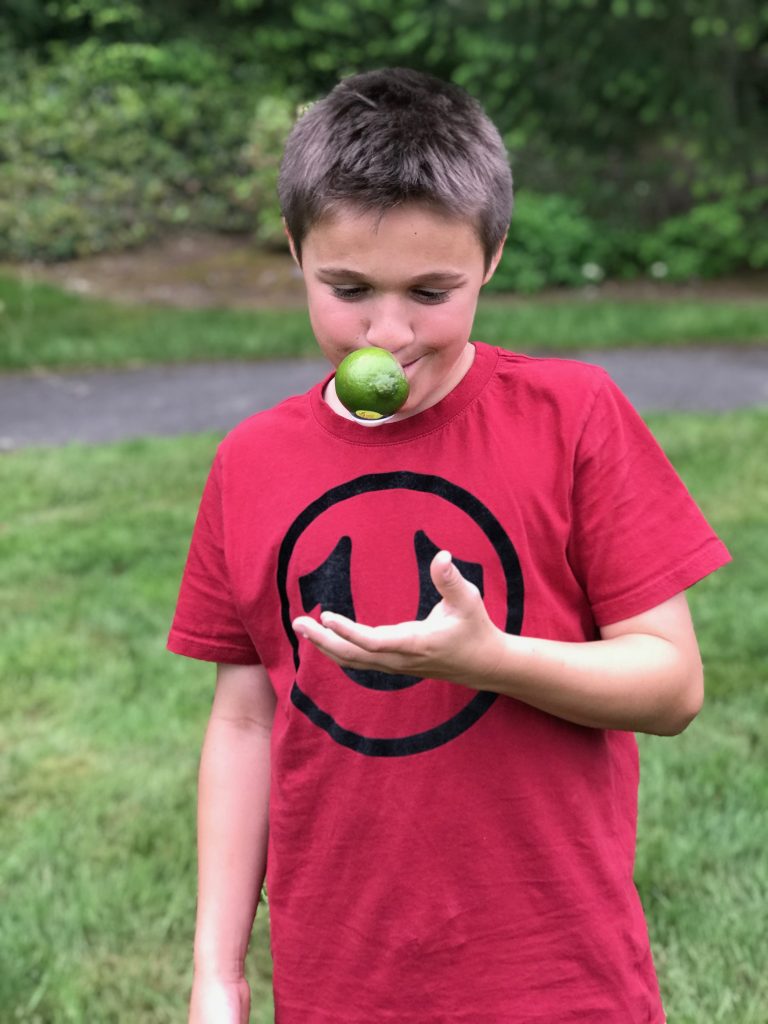 The next game was my personal favorite, Bobbing For Donuts!  The object of this game was to eat the entire donut without it falling on the ground AND you couldn’t touch it.  This was an example of slow and steady wins the race for sure!  We used our patio umbrella and tied string to each spindle and hung the donuts from that. 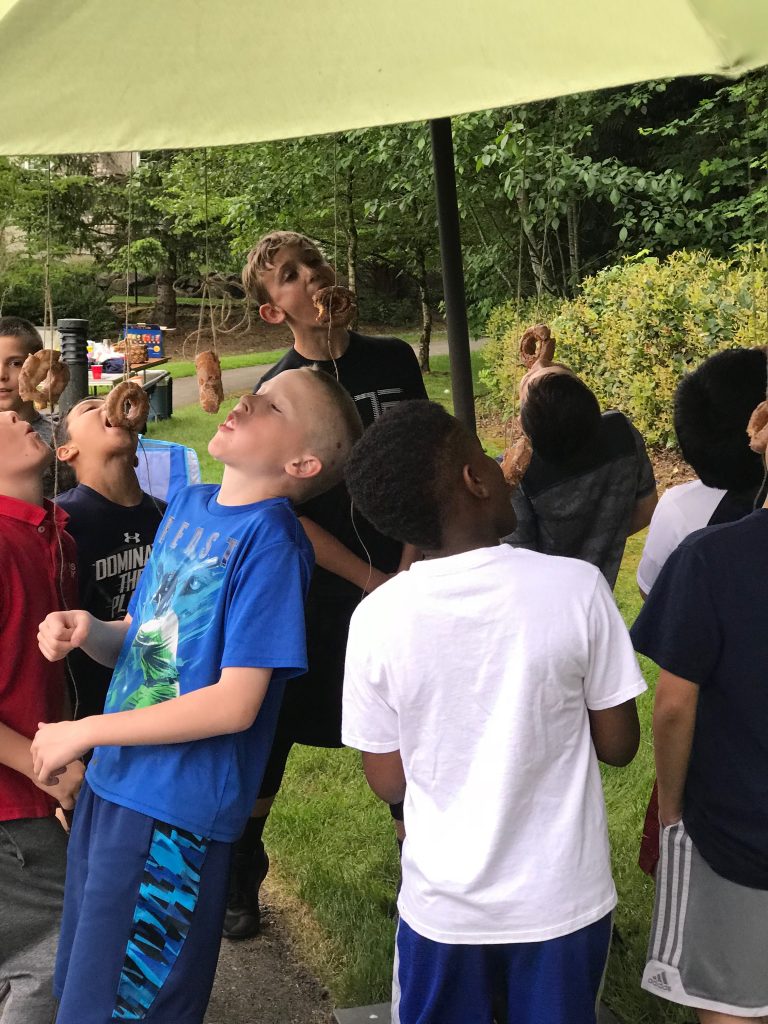 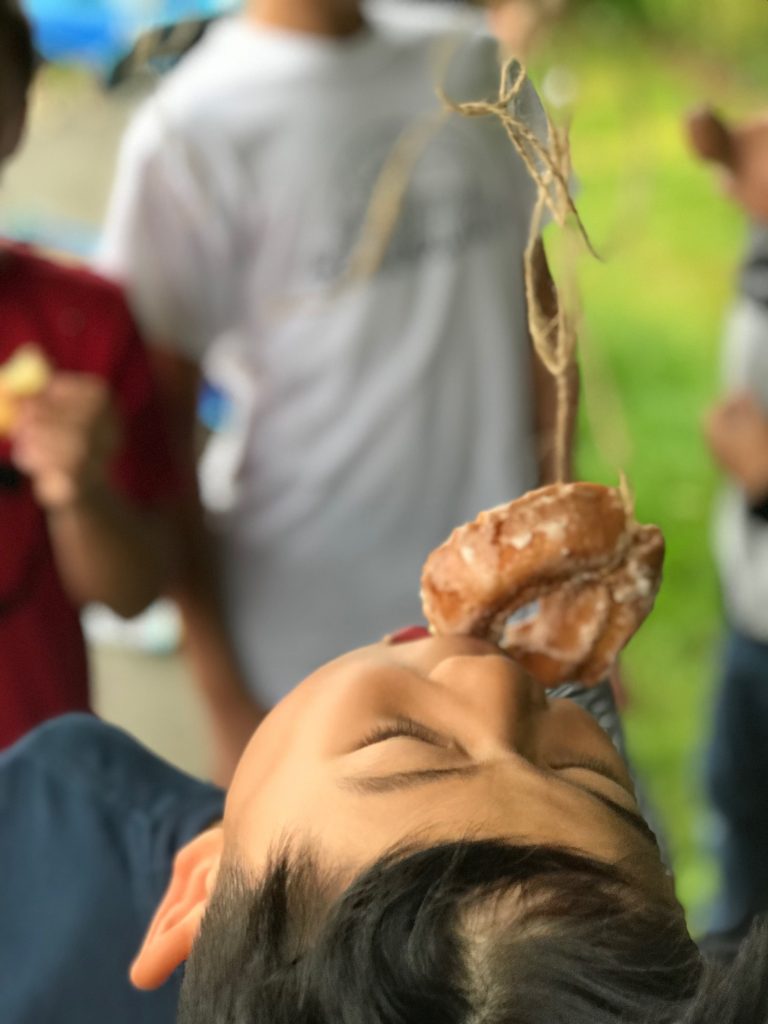 After all that sugar, we finished with a good ol’ Wiffle Ball Game with a home run competition too!  Are you imagining Sandlot…now you’re on target!

Here were some of the prizes we had for the games as well as the gift bags for each kiddo that we put together.  I put together shoppable links to items I used to make your planning easier! 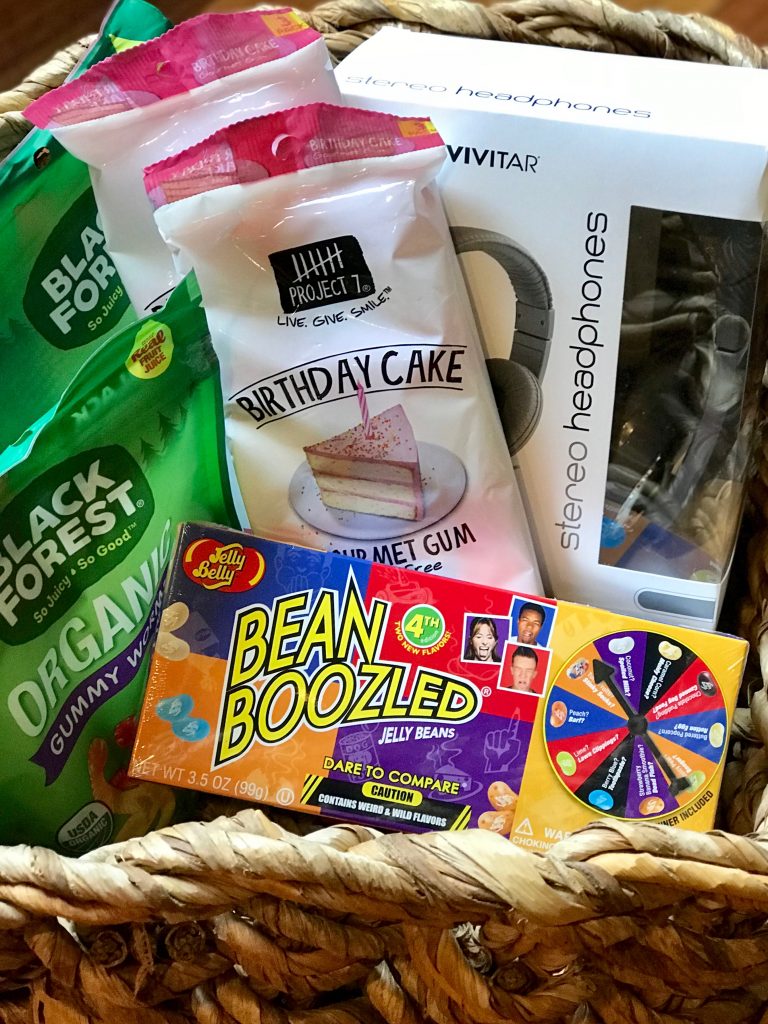 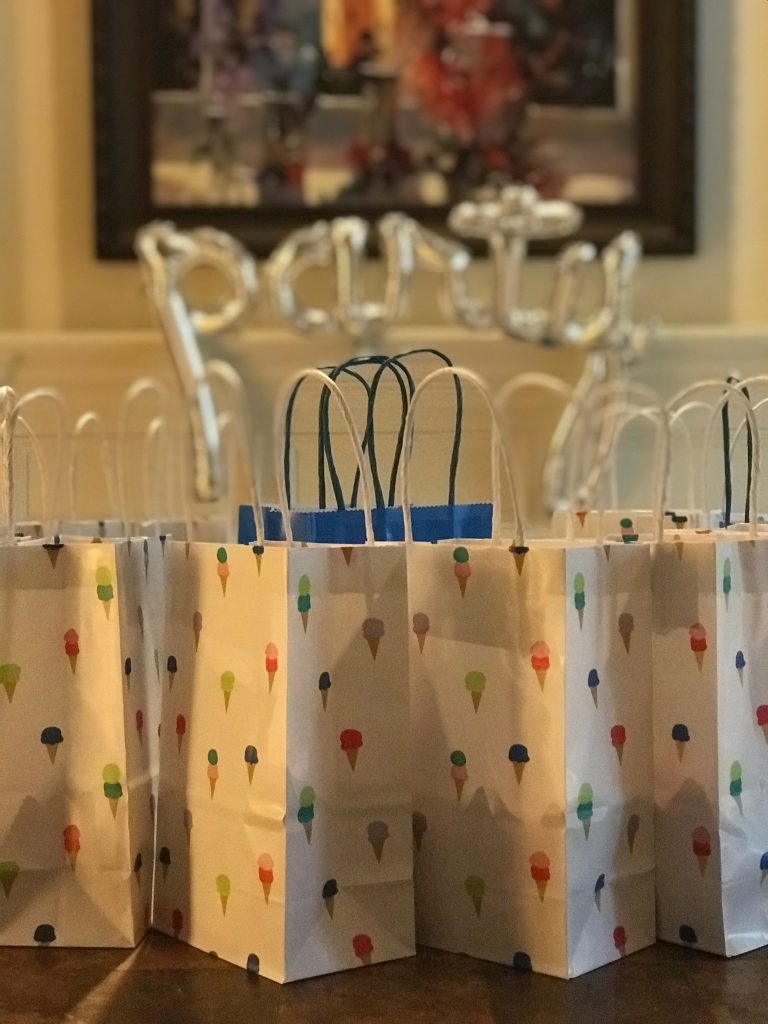 I hope this helps you with your birthday party plans!  I’m glad to be here helping you Style your Life! 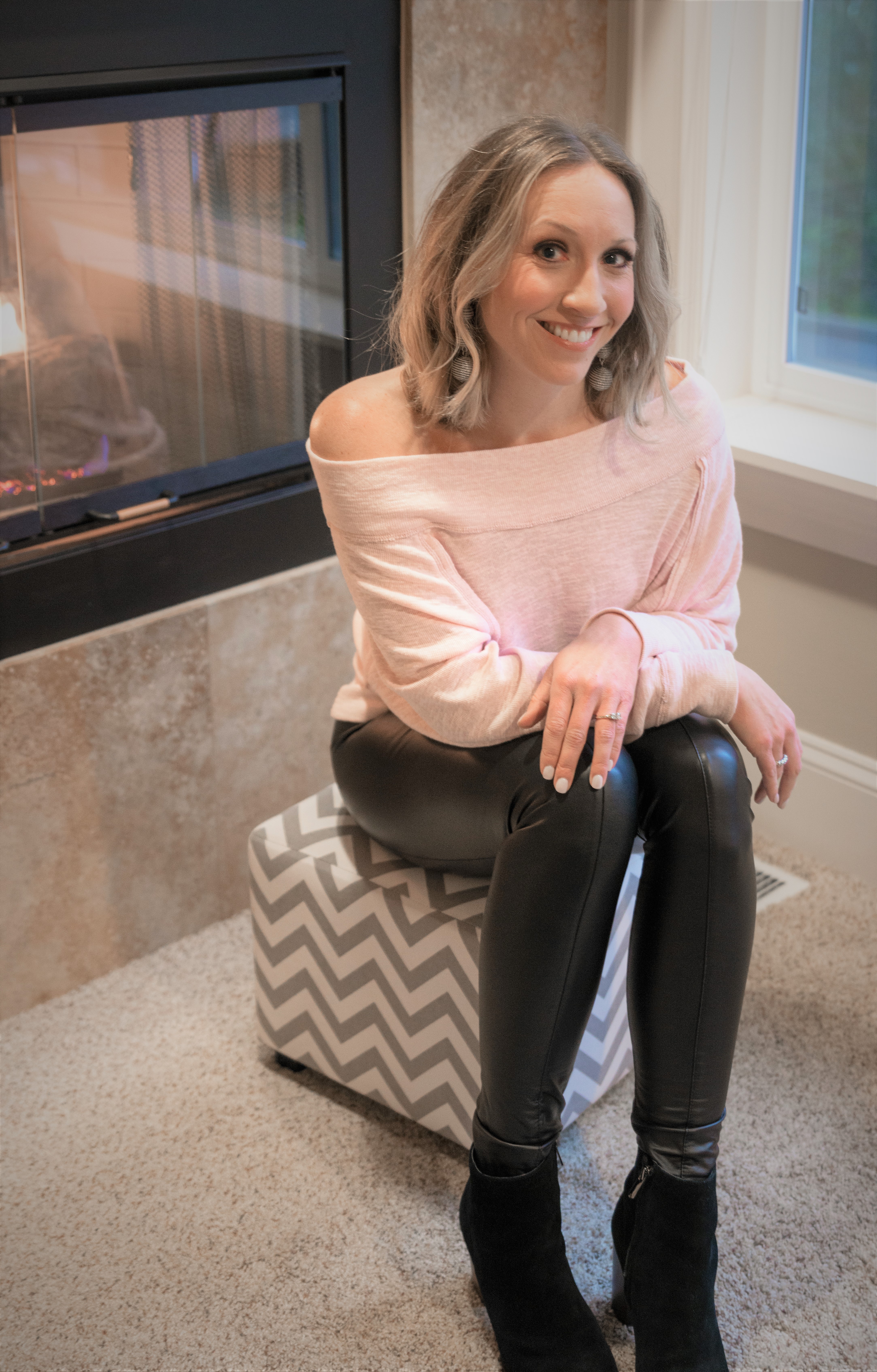 Christina is a Seattle-based Real Estate Broker (Check out Team Skally’s Website + Blog here) whose passion for fashion led her to create Christina Skally Styling. As a Personal Stylist and Lifestyle Blogger, Christina takes pride in helping people look and feel their best!

Although making her client’s dream home wishes come true is her top priority, Christina helps clients from time to time with an array of styling needs.

On a personal side, she is a wife, mom of two active boys, and pet enthusiast.  She also loves creating content for her blog that details her favorites in fashion, home, fitness + health, beauty, eats + treats, travel and more. 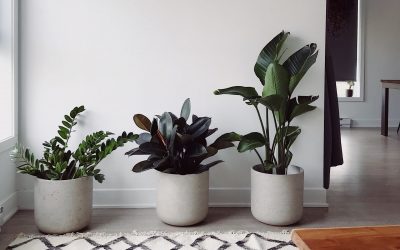 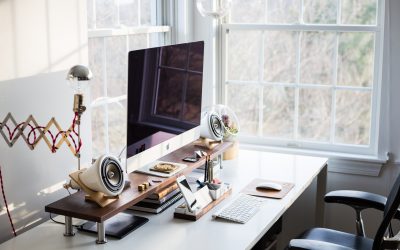 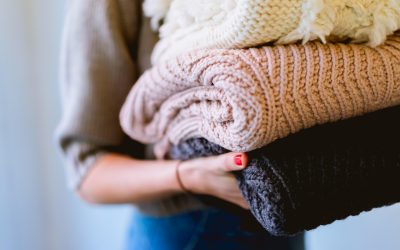 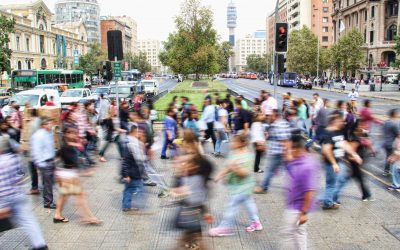 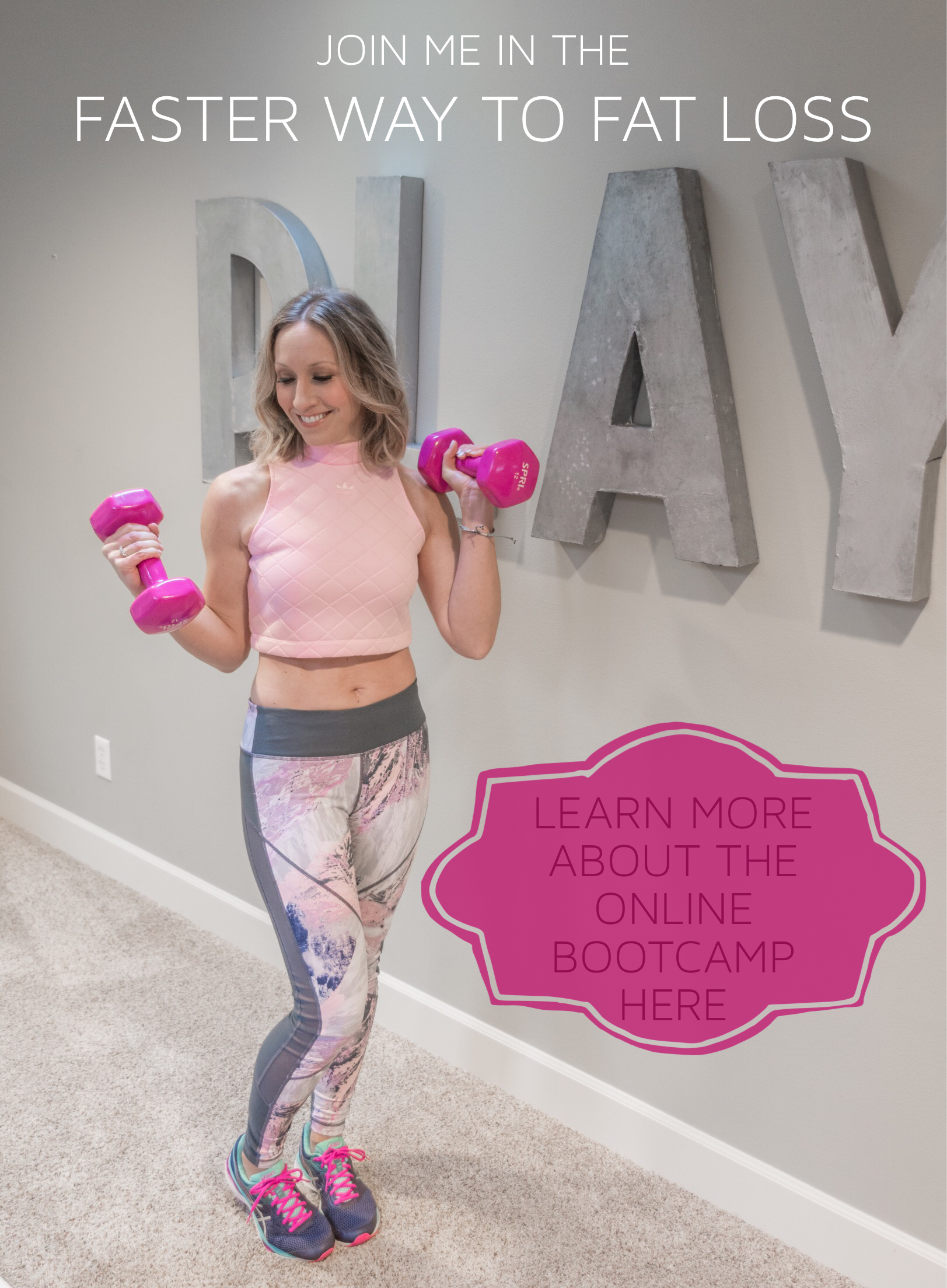 Happy Anniversary to my forever Love! The man tha

The sunset on Huntington Beach did not disappoint.

Happy Father's Day to my partner in ALL THE THINGS

Hi Gang! There’s nothing better than a great jo

to receive updates directly to your inbox.